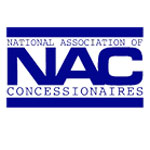 The National Assoication of Concessionaires (NAC) is requesting its membership to nominate candidates for the 2013 award which will be presented at the NAC Annual Convention August 8 in New Orleans. Click here for nomination form and instructions.

The Mickey Warner Award is bestowed upon an individual each year to recognize leadership and significant accomplishments in the non-theatre concession industry by NAC. The award honors the late Mickey Warner, the father of the NAC Concession Manager Certification Program and one of the greatest innovators and educators of the concessions industry. Past recipients include: Shelly Feldman of Shelly Feldman Associates (2002), Walter Dunn of the Coca-Cola Company (2003), Frank Liberto of Ricos Products Company (2004), Jeremy M. Jacobs of the Delaware North Companies (2005), Chris Bigelow of Bigelow Companies (2006), Phil Noyes of Proof of the Pudding (2007), Ken Young of Ovations Food Service (2008), Charlie Cretors of C. Cretors and Company (2009), Gary Horvath of Ovations Food Service (2010), J. C. Evans of Gold Medal Products (2011) and Larry Etter of Malco Theatres (2012).