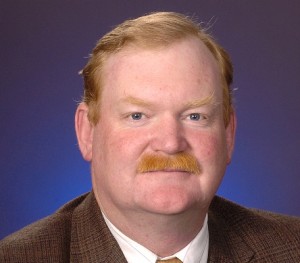 The National Association of Concessionaires (NAC) has announced that Terry Conlon, ECM, Director of Concessions for Intercollegiate Athletics at the University of Illinois and current officer (VP) on the NAC Board of Directors, has been named the 2013 Mickey Warner Award recipient. Conlon will be honored on Thursday, August 8 at the NAC Membership Luncheon during the Annual NAC Convention and Trade Show at the Hilton Riverside Hotel in New Orleans, LA.

Terence F. (Terry) Conlon was named the University of Illinois Director of Concessions in 1994. Prior to working at the University, Terry worked in foodservice operations with Ground Round Restaurants and Canteen Food and Vending. He earned his Bachelor’s degree from Illinois State University, and has received his ECM post-degree certification from NAC.

In addition to his leadership role with NAC, Conlon has been a speaker at our annual convention and has also served as a panelist on the topics of “stadium renovation” and “current challenges facing foodservice and concessions”. Conlon is also a member of the National Association of Collegiate Concessionaires (NACC). He was selected as “Volunteer of the Year” for Crisis Nursery-an organization dedicated to the prevention of child abuse and neglect by providing 24-hour care for children and support to strengthen families in crisis.

The Mickey Warner Award is bestowed upon an individual each year to recognize leadership and significant accomplishments in the non-theatre concession industry by NAC. The award honors the late Mickey Warner, the father of the NAC Concession Manager Certification Program and one of the greatest innovators and educators of the concessions industry. Past recipients include: Shelly Feldman of Shelly Feldman Associates (2002), Walter Dunn of the Coca-Cola Company (2003), Frank Liberto of Ricos Products Company (2004), Jeremy M. Jacobs of the Delaware North Companies (2005), Chris Bigelow of Bigelow Companies (2006), Phil Noyes of Proof of the Pudding (2007), Ken Young of Ovations Food Service (2008), Charlie Cretors of C. Cretors and Company (2009), Gary Horvath of Ovations Food Service (2010), J. C. Evans of Gold Medal Products (2011) and Larry Etter, CCM of Malco Theatres (2012).