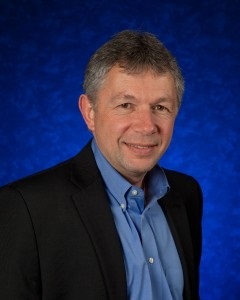 Centerplate’s Board of Directors today confirmed the appointment of Chris Verros as President and CEO of Centerplate, the $1 billion global hospitality company that serves premier sports, entertainment, convention, event, and heritage venues across North America and Europe. Verros, who had been Chief Operating Officer at Centerplate since 2010, has served as the Acting President and CEO since September, following the departure of Des Hague, who had held the role since 2008.

“We are incredibly pleased to affirm Chris Verros as our choice to lead Centerplate in its next phase of growth,” said Chairman of the Centerplate Board of Directors, Joe O’Donnell. “Through his leadership over the past two months as the Acting President and Chief Executive Officer of Centerplate as well as his extraordinary track record of integrity and success in all of his prior roles, Chris has demonstrated a remarkable ability to create positive and lasting growth while fostering an environment of trust and respect.”

As Chief Operating Officer of Centerplate, Verros was responsible for overseeing the delivery of the company’s operations and 45,000 staff members. During his tenure, Centerplate has achieved unprecedented revenue growth and welcomed more than 75 premier entertainment destinations, stadiums and convention centers to its client roster—including opening Nashville’s Music City Center and Levi’s Stadium in Santa Clara, home of the San Francisco 49ers in the last 18 months—all while driving profitability and expanding overseas to include operations in Europe.

“It is an honor to serve Centerplate in this new role,” said Verros. “The past five years has been a remarkable period of success and growth, in which we have made tremendous strides in leading the event and venue hospitality industry. I am proud to represent the Centerplate team, where we continually strive to make it better to be there for our guests at thousands of events across North America and Europe. I look forward to the exciting future ahead.”

Previously, Verros was the Executive Vice President of Operations at Boston Culinary Group, prior to its merger with Centerplate in 2010, where he oversaw the company’s more than 100 accounts. The son of a restaurateur, he has held nearly every operational and management position in the industry during his thirty-year career in event hospitality. His extensive experience includes direct oversight of services at many leading convention, sports, and entertainment destinations. In 1986, he, along with Jerry Moses, launched the sports and entertainment foodservice company FanFare and grew the startup company to 15 major accounts before selling it to Fine Host Corporation seven years later, where he served as Group President.