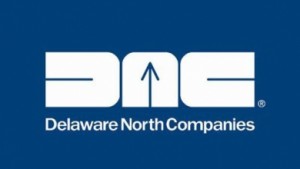 Delaware North today announced the establishment of the Office of the Chief Executive for the global hospitality and food service company.

The Office of the Chief Executive reports to Delaware North’s chairman, Jeremy Jacobs, and will focus on strategic growth, both organic and through new business acquisition, strategic planning, corporate governance and financial management to assure both short- and long-term value to Delaware North as it prepares to celebrate its 100th anniversary later this year.

The Office of the Chief Executive will also focus on the effective transition of the responsibilities of Charles E. Moran, president and formerly chief operating officer, as he prepares to retire at the end of the year. Moran will provide counsel and oversight to the new chief operating officer during the transition this year. He has held the post for over a decade, providing leadership and strategic guidance to the company’s operations, resulting in record profits and growth.

Several senior executives have been elevated to the Office of the Chief Executive and will report to Co-Chief Executive Officers Jeremy Jacobs Jr. and Louis Jacobs.

Rick Abramson, currently president of Delaware North’s parks and resorts business, as well as executive chairman of its operations in Australia and Asia, has been appointed executive vice president of Delaware North and will assume chief operating officer responsibilities from Moran. Abramson will have management responsibility for Delaware North’s business operations around the world and will be accountable for driving business performance through the company’s global portfolio of operations, including its sports, parks, airports, gaming and restaurant and hospitality businesses.

The company also announced its intent to begin a search for an executive vice president and chief administrative officer. This new position is expected to be part of the Office of the Chief Executive and will oversee human resources, marketing, information technology and other support areas within the Delaware North’s corporate structure.

Delaware North has experienced unprecedented growth and success in the last several years, including its recent re-entry into Asia and the acquisition of Patina Restaurant Group, one of the leading restaurant and catering companies in the United States. Delaware North will celebrate several important events in 2015, including its 100th anniversary and the opening of its new global headquarters in Buffalo, N.Y.