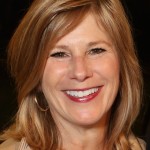 The National Association of Concessionaires (NAC) has announced that Gina DiSanto, CCM, of King Theatre Circuit, LLC will succeed Don Lear of The Hershey Company as Chair of the Government Relations Committee beginning on November 1, 2015. Lear has retired from his post at Hershey and is currently considering future opportunities within and outside of the concessions community. 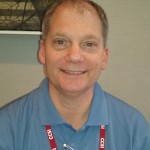 Lear has been a great champion for the Association’s Government Relations efforts and is credited with taking the Committee to new heights. NAC President Terry Conlon, ECM, of the University of Illinois passed along the following resolution:

“The Board of Directors on behalf of the NAC membership would like to thank Don Lear of The Hershey Company for his outstanding Leadership over the past three years as Chair of the Government Relations Committee. His generosity of time and expertise has taken NAC to new levels of advocacy and relationship building amongst industry, sister organizations and government. We wish him well in his future endeavors.”

DiSanto brings a unique perspective to the position having been involved in leadership positions with both NAC and the National Association of Theatre Owners (NATO). At NATO, she has served on the Executive Board, Food and Beverage Task Force, Regional Associates, Nominating Committee and the Independent Theatre Owners Committee. She is the current President of NATO of Pennsylvania. Since 1998, DiSanto has also been an extremely valuable member and advocate of NAC. During that time she has served as a Regional Vice President and a member of the Board of Directors. She has also been involved with annual conference programming and has served on the Hospitality Committee. In 2006, DiSanto received the prestigious Bert Nathan Memorial Award. She received the Certified Concession Manager (CCM) designation in 2001 and also holds the NAC Ruby, Sapphire, Diamond Pin which signifies active recruitment and sponsorship of over 13 new members. 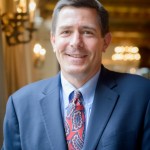 Mark Dieffenbach, Director Specialty Channels of The Hershey Company, will be the NAC full member and will replace Lear on the NAC Government Relations Committee and the Board of Directors. Dieffenbach also brings multi-channel experience having served on the Board of Directors for the National Automatic Merchandising Association (NAMA) since 2007 and as Board Chair from 2012-2013. He was named NAMA’s 2015 Industry Person of the Year and currently serves as the Chair of the NAMA Foundation’s Board of Trustees. In addition, Dieffenbach serves on the Government Affairs Committee of the Association of Fund Raisers and Direct Sellers (AFRDS).