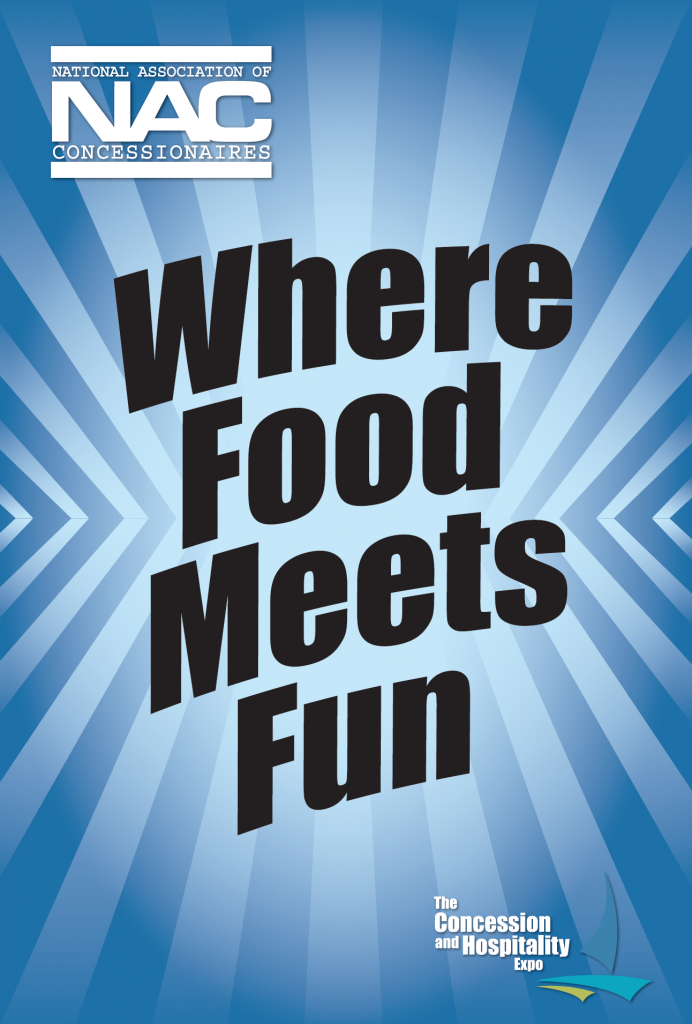 The National Association of Concessionaires (NAC) announced that its new tagline will be, “Where Food Meets Fun.” Association members voted on four potential taglines before and during the NAC Concession & Hospitality Expo held last week in Minneapolis. The unveiling was made Thursday, July 21 during the NAC Annual Meeting as part of the Expo.

Shelly Olesen, ACS, of C. Cretors and Company submitted the winning idea. Olesen will receive a complimentary full NAC membership for 2017 and a free full registration for the 2017 NAC Concession & Hospitality Expo to be held on July 11-14, 2017 at the Fairmont Scottsdale Princess in Scottsdale, Arizona.

The contest was developed by the NAC Outreach Committee, which was looking for a tagline to go with NAC name, logo and other communications. The goal was to find a sentence or phrase that accurately and succinctly captures the essence of the Association, its members and value relevant in today’s industry environment.

Many great ideas were submitted to the Outreach Committee for consideration. The Committee carefully reviewed the submissions and selected four finalists that were voted on by the members of NAC.

The tagline will be designed into the NAC logo shortly.