NAC Names Guepfer to Board of Directors 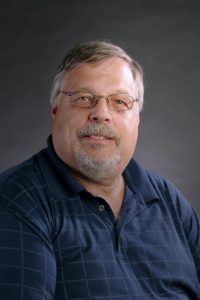 The National Association of Concessionaires (NAC) has announced the appointment of Dave Guepfer to the Board of Directors. Guepfer has served as Food and Beverage Manager of the La Crosse Center in La Crosse, Wisconsin since 2000. The La Crosse Center, a 100,000 square foot meeting and exhibit space, is a premier facility in the Midwest as a convention site and an entertainment destination. The appointment was made during the NAC Annual Meeting on July 21 at the NAC Concessions & Hospitality Expo in Minneapolis.

“I guess you could say I have ketchup in my veins,” says Guepfer, who has been in the food business since his first job at McDonald’s at 16 years of age. He has been a member of NAC since 2004. Very active in the La Crosse community, he serves as past president and current board member of their Oktoberfest, one of the top three in America according to USA Today.

Dave and his wife Donna make La Crosse their home along with their daughter, MaKenna, who will be going to college this Fall. In his spare time, he enjoys playing golf and watching the Green Bay Packers. 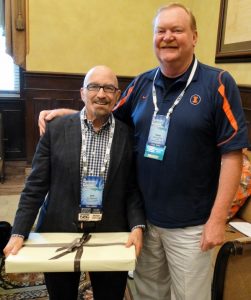 Guepfer will take the spot on the Board vacated by Jon Muscalo of Legends Hospitality Management, whose term has come to an end. NAC President Terry Conlon, ECM, University of Illinois, recognized and thanked Muscalo for his years of service and leadership on the Board during the annual NAC Board Meeting on July 19, also in Minneapolis. (See photo left)