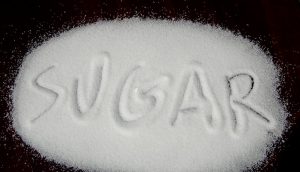 Sugar is the new sin tax for cities and counties to levy to balance their budgets.  Ever since Michael Bloomberg failed in New York City to financially banish Sugary Soft Drinks it appears that many municipalities now see Coke and Pepsi as the panacea for their troubled financial times.

This summer the city of Philadelphia approved a 1.5 cent tax per ounce on not just sugared sodas but some sugar free beverages as well.  This tax will be charged directly to the distributor which means a 44 ounce drink at your local theatre or at the corner convenience store will now cost 66 cents more, a six-pack will be 72 cents more and if you are purchasing numerous 24 packs for a party, you might need to take out a loan for an additional $2.88 per case in taxes.

The irony is that a 44 ounce cup at your local 7 Eleven or movie theatre doesn’t have 44 ounces of soda – ice takes up some of that space and ultimately you’re paying a tax just to cool off your beverage.

Of course the problem with such taxes is that the proud citizens of Philadelphia will now head out to the suburbs or the state of Delaware to buy their soft drinks.  The same can be said in regards to all the new taxing sites; the neighboring cities and counties will certainly benefit from the short-sidedness of the local tax man and the ultimate pain will be bestowed upon those without the means to travel and the ability to buy their groceries elsewhere.

On Election Night, the anti-Sugar forces won big in California with 1 cent per ounce taxes approved in San Francisco, Oakland and Albany.  Earlier this year the college towns of Berkeley, California and Boulder, Colorado also passed tax remedies.
Two days after the remarkable election night of 2016, the Cook County, Illinois Board of Commissioners, the home of Chicago and 5.2 million people voted by a one vote margin to impose a 1 cent tax per ounce on consumers effective July 1, 2017.  This tax encompasses not just sugared drinks but also artificially sweetened beverages. The board anticipates a $224 million dollar a year windfall for the Cook County coffers and there wasn’t even an attempt to position the tax as a means of health prevention but rather a way to balance a budget that unfortunately needed additional funds.

To make the whole situation even worse, Chicago already has a 3 percent tax on retail sales of all potable soft drinks as well as a 9 percent tax on the distributor price of fountain syrup; prompting the question: Can you place a tax on top of a tax?  By the action taken on November 10, 2016, Chicago and Cook County becomes the largest population to date to find sugar as the latest life preserver for balancing their ever burgeoning budget woes.

Proponents of the new Sugar Taxes see this action as being beneficial to the health of not just the ever-increasing obese and diabetic population but also a new source of income to balance their budgets.  They call such a tax – a CHOICE TAX.  They contend that the average consumer has the right to choose whether to purchase the product or not.  However, the opponents, including those who sell and market soft drinks believe that with the mandated new taxes, the choice is not balanced and definitely skewed.

Though the results of the most recent election certainly guarantees that Sugar Taxes will not be a priority of the Republican Congress or Administration come January, it is a given that additional cities and governing bodies will find sugar as the new balancing source for their budgets. 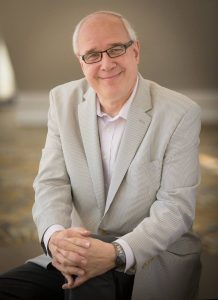 Groups like the American Beverage Association will continue to fight the good fight, but trends are certainly moving against soft drinks.  The industry continues to manufacture and market a wide variety of alternative beverages to meet the demands of the ever-changing American tastes but as the consumer moves to those products, the industry must be cognizant of the fact that the TAX MAN is just a step or two behind.

We urge you to make your opinion known to those who make these taxing decisions (pun intended).  A listing of all House and Senate members are available on the Government Relations page https://naconline.org/programs-services/legislative-issues/ of the National Association of Concessionaires website.  Though it is probably too late to change the minds of many looking to balance their municipal budgets, it is never too late to impress decision-makers that jobs are involved and more taxes and regulations will limit future growth.

About the Author: Daniel C. Borschke, FASAE, CAE is the Executive Vice President of the National Association of Concessionaires, a 72 year old trade association representing the Operators and Suppliers of the Concession and Hospitality channel.  The non-profit group boast more than 650 corporations and individuals and continues to grow to meet the needs of its varied membership.