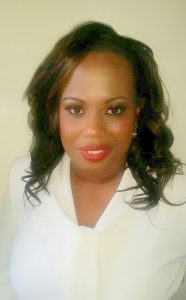 The National Association of Concessionaires (NAC) is proud to announce that Tish Hardric; ACS, National Sales Manager-Theatre Division; Great Western Products, has captured her third Krystal La Reese-Gaule Membership Award for the fiscal year 2016. The annual award is presented to the member who sponsors the most new NAC full memberships during the most recent fiscal year. Hardric also received the award for 2014 and was named co-recipient of the inaugural award along with Adam Gottlieb, ACS, of CCSI for 2013.

Hardric recruited 7 new members in 2016 to bring her total to 29 since becoming a member in August 2013. She received the prestigious Double Diamond Pin in September 2014 signifying sponsorship of 20 new NAC members. Hardric is one of only seven individuals, and the first woman, to reach this status in the 73 year history of NAC. She is now within one new member sponsorships of receiving her Triple Diamond Pin.

An extremely active and valuable advocate for the Association, Hardric was named Regional Vice President (RVP) for the Southeastern United States in September of 2016 and has recently been named Chair of the NAC Membership Marketing Committee. Prior to that, she had served the as Chair of the Mentorship Sub-Committee.

An award and a free registration to the annual NAC Concession & Hospitality Expo will be presented to Hardric at the Annual Membership Luncheon on Thursday, July 13. The presentation will be made by Brian Taylor, CEO of Kernel Seasons, who is sponsoring the award in memory of Krystal. The Expo is slated for July 11-14, 2017 at the Fairmont Scottsdale Princess in Scottsdale, Arizona.