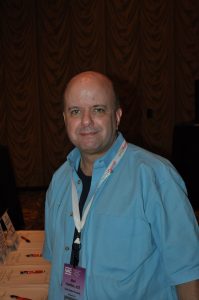 It is with heartfelt sorrow and regret that we inform you that former National Association of Concessionaires (NAC) Board Member Mark Hamilton has passed away. Mark served as the Southeast RVP for NAC starting in 2008, Chair of the Membership Committee (2012-2016) and was a member from 1989 until his departure from Great Western Products last year.

Mark will be remembered fondly for his contributions to NAC, the concession industry and as a friend to many among us. As the Chair of the Membership Committee, Mark saw the early value of Social Media as a tool in increased communication and service to the members of NAC. He is credited with starting the NAC LinkedIn Group, which will now be a lasting tribute to Mark and his legacy with the Association.