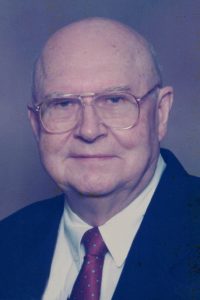 Exhibition Industry leader Ulmer S. Eaddy, Jr. of Wilmington NC, 94, passed away on October 26, 2017. Mr. Eaddy was very active in the National Theatre Owners Association and served on the Board of the North and South Carolina Theatre Owners Association for many years. He was President of Exhibitors Service Corporation of Charlotte and Executive Vice-President and CEO of Litchfield Theatres.

He received many awards, among them the Statesman Award presented by the National Theatre Owners of Georgia. Most importantly, Mr. Eaddy was known for his thoughtfulness, generosity, and loving concern for others.