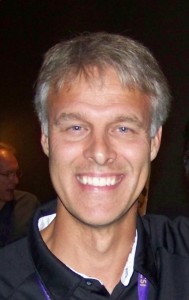 The National Association of Concessionaires (NAC) has announced that Brian Biehn, Executive Vice President for FUNacho/Pretzel Haus Bakery, has been selected as the 2018 Bert Nathan Memorial Award Honoree. The Bert Nathan Memorial Award is given by NAC each year to an individual to recognize leadership and significant accomplishment in the Theatre Concessions Industry. The award honors the late Bert Nathan, a past president of the Association and a leader in the Industry. Biehn will be presented the award during CinemaCon at the NAC Bert Nathan Reception scheduled for Monday, April 23 at 3:30 PM at Caesars Palace in the Pisa Room.

Brian Biehn has been a member of NAC since 2004, “I was fortunate enough to be invited to participate at NAC in my first year in the business.” It didn’t take him long to get involved in leadership of the Association as he became a Regional Vice President (RVP) of the North Central Region in 2005 and served in that capacity until 2015. He was named Chair of the RVP Committee in 2011. From there, Biehn moved to the NAC Education Committee and eventually became Chair of that group in 2016. He was named as an at-large member to the NAC Board of Directors in 2014 and serves to this day. In a recent interview, He said his willingness to serve the Association comes from the relationships encouraged by NAC. “The awesome individuals that make up the Association, the wonderful friends I have made and the highly beneficial education NAC provides become the backbone of the Association.”

As part of the nomination process, one industry expert said of Biehn, “He is well respected in our industry, a real gentleman, family man and very deserving. He has paid his dues over the many years of his involvement. Brian is not a ‘Johnny Come Lately.’ He does what is essential and he does it with enjoyment and gives of his time.”

Biehn graduated from New Prague (MN) High School in 1982. He continued his education at the University of St. Thomas in St. Paul, MN where he studied business and was an All-American wide receiver on the powerhouse Tommie football team. He graduated with a B.A. degree in 1986.

Biehn began his professional career with General Foods as a sales representative. He moved to cinema foodservice in 1994 at ConAgra Brands selling Vogel Popcorn and managing the introduction of Orville Redenbacher. He credits his boss, Roger Moery, in his development as a businessperson and instilling the ability to create and foster relationships with trust and integrity for all his clients. “He constantly challenged me to be a better person.” During this time, Biehn was able to grow his division by 35 percent.

In 2004, he joined the team at FUNacho at the urging of friend Mike Grause. “My decision to join the FUNacho team was based on the entrepreneurial approach and progressive attitude in this segment,” says Biehn, “Mike approached me about becoming his business partner and I could not pass up an opportunity to team with such a pioneering self-made gentleman.”

Biehn’s industry leadership is not just grounded in his sales abilities. He is known as a product and packaging innovator with such products as PretzelHaus Bakery shelf-stable pretzels and Shake’Ems popcorn flavorings.

Brian and his wife Anna live in Lakeville, MN and have four children, Alex, Jake, Bree and Michael.