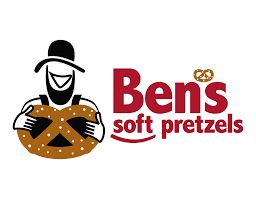 With the goal of enhancing the fan experience by delivering fresh, made on-site pretzels, sports fans at select University and NFL arenas are cheering for more than just their favorite teams as Ben’s Soft Pretzels rolled into new venues this season. Today, Ben’s Soft Pretzels, one of the fastest growing pretzel franchises in the US, has announced it has added to its existing athletic partnership roster by aligning themselves with the Arizona Cardinals, Florida State University, Texas Christian University, and University of Louisville athletic departments, to deliver Ben’s famous fresh, soft pretzels at sporting events year-round.

With its simple and flexible business model, Ben’s Soft Pretzels has become known for establishing its presence in high-traffic areas such as sporting venues, shopping malls, and Wal-Mart and Meijer supercenters. This season, Ben’s Soft Pretzels will expand its existing lineup of college and professional sporting partnerships with the addition of:

“There’s nothing better than cheering on your favorite team with a warm, fresh Ben’s soft pretzel in hand,” said Scott Jones, CEO and co-founder of Ben’s Soft Pretzels. “The addition of partnerships with these great schools and a NFL team allows us to further our mission to deliver the world’s best pretzels to sports fans across the nation.”

About Ben’s Soft Pretzels
Ben’s Soft Pretzels is home of the World’s Greatest Soft Pretzel. One bite will forever change your perception of what a pretzel should taste like. Our nearly half-pound of fluffy, buttery, melt-in-your-mouth artisan pretzel goodness features imported German pretzel salt and 11 gourmet dipping sauces to choose from. Our quick-serve soft pretzel franchise opportunity offers a simple business model with prime real estate locations and a cost-effective distribution system. Founded in 2008, Ben’s Soft Pretzels has become one of the nation’s fastest growing soft pretzel franchise with 85+ locations in ten states. For more information visit benspretzels.com.