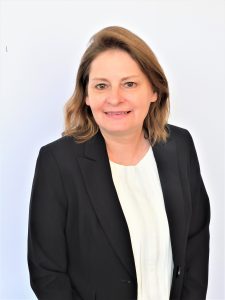 The National Association of Concessionaires (NAC) has announced that Denise de Zutter, Vice President, Procurement & Logistics for AMC Theatres, has been selected as the 2019 Bert Nathan Memorial Award Honoree. The Bert Nathan Memorial Award is given by NAC each year to recognize leadership and significant accomplishment in the Theatre Concessions Industry. The award honors the late Bert Nathan, a past president of the Association and a leader in the Industry. de Zutter will be presented the award during CinemaCon at the NAC Bert Nathan Reception scheduled for Monday, April 1 at Caesars Palace during CinemaCon. The recipient is chosen by vote of the majority of previous Bert Nathan Award recipients.

“Denise is an industry thought-leader and innovator,” said an industry colleague, “Her inclusionary strategies have resulted in NAC forming a Future Leaders Committee, an Outreach Committee as well as finding new and creative ways to diversify and engage all elements of the industry in a partnership role.”

Denise de Zutter, Vice President, Procurement & Logistics, oversees the supply chain for AMC Theatres, which has approximately 640 locations in the U.S., including the number one or two market share in 22 of the country’s largest metro areas. Her responsibilities include negotiations and contract management for food, beverages, supplies and services for all U.S. locations and collaborating with more than fifty contracted partners to manage the supply chain from manufacturer to theatre.

Prior to working in the movie exhibition industry, de Zutter oversaw the operations departments for Vernon Valley/Great George ski area in the New York/New Jersey area and was a restaurant manager for Marriott Hotels. Her industry career began in theatre operations in 1997. Since that time, she has held a variety of director responsibilities at AMC Theatres including Guest Services, Food & Beverage, and Logistics before serving in her current role.

de Zutter has been an active and influential member of NAC since 2012 and in that time has served the industry in a number of capacities. Elected in 2014, she is currently a Vice President on the NAC Board of Directors. She has also previously served as Chair of the NAC Outreach Committee as well as a member of the Government Relations and Expo committees.