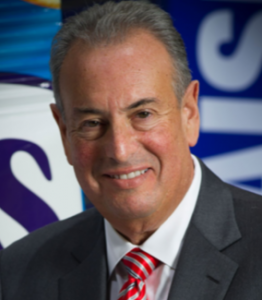 Promotion in Motion will receive the first annual ShowEast “Legacy” Award presented by NAC and will be accepted by Michael Rosenberg, President and CEO of Promotion In Motion, Inc. Rosenberg will be presented with this special honor as part of the Final Night Awards Ceremony sponsored by The Coca-Cola Company on Thursday, October 17th at the Fontainebleau Miami Beach.

“Michael and Promotion In Motion are the perfect examples of what the Legacy Award is all about” stated Andrew Sunshine, President of Film Expo Group. ”We are thrilled to have joined together with the National Association of Concessionaires to create this annual award to be presented to one of its members each year” continued Sunshine.

“I can not think of a more worthy organization than Promotion In Motion to receive the inaugural ShowEast Legacy Award, or a more worthy individual than Michael Rosenberg. Promotion In Motion’s dedication to the concessions class of trade is on display everyday with their policy to not sell their theater box product to retail, and Michael’s dedication to many charitable institutions highlights the company’s dedication to those both inside and outside of the confectionary realm,” added Adam Gottlieb, President of NAC.

Mr. Rosenberg has the candy business in his veins, having descended from a multi generation family of bakers, candy, food makers, and importers. His grandparents, parents and numerous members on both sides of the family, emigrated to the U.S. in the 1930’s and established candy and food operations in America.

The Promotion In Motion Companies, Inc. continues to expand and diversify domestically and worldwide and is one of the 10 largest confectionery and snack food producers in North America, and of the of 100 largest in the world. The company whose headquarters are based in Allendale, New Jersey, with operations in Canada, Spain and other European countries, is also ranked as one of the 100 largest privately owned companies in the New York Metro area by Crain’s, and named one of the 10 fastest growing CPG’s in North America by Boston Consulting/IRI for four of the past six years. PIM is the producer of such loved iconic American favorites as WELCH’S® Fruit Snacks, WELCH’S®Fruit n Yogurt Snacks and WELCH’S®Juicefuls, SUN-MAID®Chocolate Raisins, Original Gummi Factory®Brand GUMMI FUN MIX™, SOUR JACKS®Sour Candy, TUXEDOS®Chocolate Almonds and more.

About ShowEast
ShowEast will take place from October 14-17 2019, at the Fontainebleau Miami Beach in Miami, Florida. The convention will attract an estimated 1,300 domestic and Latin American motion picture industry professionals and will feature product presentations and screenings of major upcoming films, exclusive sponsored events, exciting and informative seminars, and the ShowEast EXPO.

About NAC
The National Association of Concessionaires is a 75 year old not for profit trade association for the concession and hospitality industry. Movie Theatre based Operators and Suppliers from throughout global are attracted to the educational, certification and networking opportunities NAC provides for its global membership.