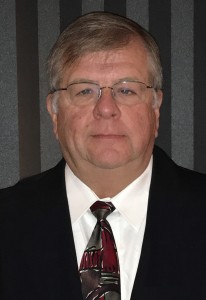 The National Association of Concessionaires (NAC) has announced that Bill LeClair, Senior Vice President of Global Food and Beverage for National Amusements, Inc., has been selected as the 2020 Bert Nathan Memorial Award Honoree. Given by NAC each year to recognize leadership and significant accomplishment in the Theatre Concessions Industry, the award honors the late Bert Nathan, a past president of the Association and industry leader. Due to the cancellation of CinemaCon and NAC related activities, Bill will now be honored during the NAC Concession & Hospitality Expo at the Hilton Orlando Lake Buena Vista on July 28-31, 2020. In the meantime, join us in celebrating Bill and sending warm congratulations for this remarkable achievement. The recipient is chosen by vote of the majority of previous Bert Nathan Award recipients.

According to an industry colleague, LeClair has been an agent of change, “Dedicating more than half his life to the motion picture industry combined with a passion for innovation in food and beverage, Bill has truly helped pioneer the transformation of the cinema model not only for National Amusements but also for the industry as a whole. He has not just adapted, but has risen to the challenge and driven innovative concepts and new offerings to enhance the customers’ F&B experience.”

Bill LeClair’s 40-year history with National Amusements’ Showcase Cinemas began in 1977 when he joined the company as an usher. During his many years of service, he has performed various roles including part-time manager, union projectionist and as theatre manager in the Boston DMA where he helped open many new buildings.

In 1989, LeClair joined the operations department as director, overseeing more than 100 indoor theatres locations, drive-in and flea markets. He was instrumental in deploying National’s first computerized ticketing system and creating a series of training videos used circuit-wide. In 1997, he joined the rapidly expanding food and beverage team to help develop National Amusements’ alternative and luxury dining options, including in-seat dining and alcohol service.

Leading a small team, LeClair helped transform traditional concessions fare at several of National Amusements’ locations into some of the most elevated food and beverage experiences in the industry. When the theater circuit acquired UCI Cinemas in Brazil in 2005, he developed programs to expand its food offerings and help grow the circuit from 10 to over 20 cinemas in a period of a few years.

Today as Senior Vice President of Global Food and Beverage, LeClair oversees the operations of all food and beverage business in four countries representing more than 915 screens. He recently played a key role in the conversion to Coca-Cola in the US and UK and led the transition to the first Coca-Cola Freestyle theatres in the UK. LeClair can often be found working on a diverse range of projects focused on maximizing guest’s dining experiences in the US, United Kingdom, Brazil and Argentina. A graduate of Westfield State University where he earned a B.A. in psychology, LeClair calls Massachusetts home. He sits on the Executive Board of NAC and is a proud member of NATO. He is also a long-standing member of TONE (Theatre Owners of New England).

LeClair became a member of NAC in 2009. He has served on the Board of Directors for seven years and is the current Vice President of the Executive Committee. During this time he has also served on the Expo, Government Relations, Silent Auction Committees and the annual Kindness Initiative. In October of 2019, LeClair received the ShowEast Dan Fellman Show “E” Award presented to an industry member in honor of their achievements, accomplishments, dedication, and longevity in the industry.

« Theater Owners Create $2.4 Million Fund for Cinema Workers
They Have Been Writing The Obituary for Movie Theatres Since the 50’s »