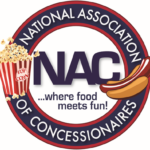 The National Association of Concessionaires (NAC) regrets to report the passing of former President David R. Scoco. He was 62 years of age. Scoco joined NAC in 1981 as a member of Service America. He would later form his own consultancy called Creative Concession Concepts. He served as NAC President from 1994-97.

Sentiments on the sad news were shared by David’s NAC peers:

“David was a mentor to many NAC members. I believe he was the youngest person to ever serve as President. He was instrumental in the changes made in the by-laws, most notably term limits.”
– NAC Director of Education and former President Larry Etters, CCM.

“David was always willing to share his experiences and opinions with me whether good or not so good. I certainly learned much from him.”
-Terry Conlon, former NAC President

“I still cannot get over this tragically sad news and terrible loss for many of us, his family and friends.”
-Jeff Scudillo, former NAC President

Funeral Arrangements are as follows: