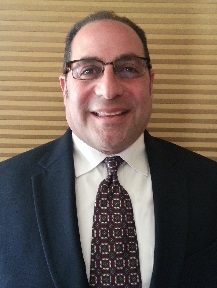 The National Association of Concessionaires (NAC) has announced that Timothy A. Farha of Nestle USA has been named the recipient of the 2014 Bert Nathan Award. The award designates active involvement in NAC, providing positive leadership direction, significant contributions to the development and professionalism of the concessions industry with significant accomplishments and longevity to the theatre concessions industry and current, active involvement in theatre concessions at the executive level. Tim will receive the award at the All Industry Breakfast at CinemaCon on Tuesday, March 25th at 7:30 am in the Palace Ballroom at Caesars Palace.

Tim first began his participation with NAC by attending the NAC Convention. He became a member in 2007, sponsored by Adam Gottlieb, ACS, of CCSI. He currently serves on the NAC Board of Directors and as Hospitality Chairman. Tim succeeded Eddie Cheyfitz as Chairman of NAC Silent Auction in 2008. Since then, he has been instrumental in collecting over $75,000 for NAC Educational Programs. That contribution, along with the 50/50 drawing run by Libby Mauro, has netted almost $83,000. Tim and Nestle USA have been active and generous sponsors of NAC events. Nestle has been a Platinum Sponsor of NAC Conventions, hosting the Membership luncheon and annual meeting; National Sponsor of the Regional Seminar Series; Al Lapidus Golf Classic; NAC Run /Walk and the NAC Website.