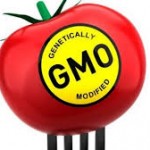 A law that would make Vermont the first U.S. state to enact mandatory labeling of foods made with genetically modified organisms, or GMOs, received final approval from state lawmakers on Wednesday and now heads to the governor’s desk.

The Vermont House of Representative passed the bill 114-30. Last week, the Vermont Senate, by a vote of 28-2, approved the measure, which requires foods containing GMOs sold at retail outlets to be labeled as having been produced or partially produced with “genetic engineering.” CLICK HERE TO READ MORE