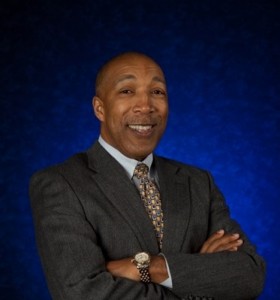 The National Association of Concessionaires (NAC) has announced that Gary Wattie, Senior Vice President of New Business Development at Centerplate and current member of the NAC Board of Directors, has been named the 2014 Mickey Warner Award recipient. Wattie will be honored on Thursday, July 17 at the NAC Membership Luncheon during The Concession & Hospitality Expo at the Denver Marriott City Center

For nearly 20 years, Gary Wattie has been a leader at the edge of innovation in hospitality services across North America’s most recognizable gathering places, making it better to be there for millions of guests each year. His gift for relationship building and bringing together communities of individuals to achieve remarkable common purpose has defined his career and shaped many of the industry’s most recognizable guest experiences for the last two decades.

In his current position at Centerplate, Wattie has led the company’s sales effort in securing new accounts for its extensive portfolio of premier partners across convention centers, sports and entertainment venues. A key executive with Centerplate since 2006, Wattie’s affinity for new ideas and entrepreneurial outreach has pioneered programs and new business partnerships with many marquee clients, including Orlando’s Orange County Convention Center, the Baltimore Convention Center, Detroit’s Cobo Center, the Louisville Arena, and the University of Alabama Crimson Tide Athletics.

No stranger to innovative companies, Wattie began his sales and marketing career with energy giant Mobil, where his 17-year tenure included breakthrough products in Plastics and packaging; before joining Aramark’s Sports and Entertainment group, where he contributed to performance growth for a decade.

Wattie and his wife Gail, who have been happily married for 34 years, are the proud a parents of two remarkable daughters. This experience has translated into ways of creating growth and career opportunities for other employees; and his infectious enthusiasm for new possibilities define the “before and after” transformations that he helps bring to new clients. It is an enthusiasm he actively shares through professional affiliations as an Allied Member of the IAVM, as well as his local community, where he assumes leadership roles and serves as the Vice Chair of his congregation’s Board of Deacons.

Wattie holds a degree in Business Administration from Bucknell University in Lewisburg, Pennsylvania.

The Mickey Warner Award is bestowed upon an individual each year to recognize leadership and significant accomplishments in the non-theatre concession industry by NAC. The award honors the late Mickey Warner, the father of the NAC Concession Manager Certification Program and one of the greatest innovators and educators of the concessions industry. Past recipients include: Shelly Feldman of Shelly Feldman Associates (2002); Walter Dunn of the Coca-Cola Company (2003); Frank Liberto of Ricos Products Company (2004); Jeremy M. Jacobs of the Delaware North Companies (2005); Chris Bigelow of Bigelow Companies (2006); Phil Noyes of Proof of the Pudding (2007); Ken Young of Ovations Food Service (2008); Charlie Cretors of C. Cretors and Company (2009); Gary Horvath of Ovations Food Service (2010); J. C. Evans of Gold Medal Products (2011); Larry Etter, CCM, of Malco Theatres (2012) and Terry Conlon, ECM, of the University of Illinois (2013).