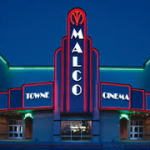 Memphis, TN – Tuesday, May 6, 2014 Malco Theatres is pleased to announce the opening of the new Malco Gonzales Cinema in Ascension Parish, Louisiana.

The cinema, located at 1406 North Airline Highway in Gonzales next to the Premier Lanes Entertainment Center, is the chain’s first theatrical venture into Louisiana.

“Malco is very excited about bringing a state of the art, all digital cinema with 3D capability to the Gonzales and Ascension Parish community. With the opening of the Malco cinema, Gonzales now has our first state of the art family entertainment center, complete with bowling, gaming, food service and now the final piece is in place, the cinema. The end product is something the community will be very proud to have and enjoy for many years to come,” said Jimmy Tashie, Executive VP of Theatre Operations.

The Ascension Chamber of Commerce is set to host the Grand Opening ribbon-cutting Thursday, May 15 at 4:00pm (cst) and theatre doors will officially open to the public at 6:30pm with screenings of the newest releases including Godzilla, Million Dollar Arm, Neighbors, Mom’s Night Out, The Amazing Spiderman 2 and more! Moviegoers are encouraged to purchase tickets in advance online at www.malco.com or via the free Malco app, which can be downloaded from iTunes and Google Play.

Malco recently completed the renovation of the Ridgeway Cinema Grill (formerly the Ridgeway Four Cinema) in Memphis, the Forest Hill Cinema in Germantown, Tennessee and the newly acquired Winchester Cinema in Winchester, KY. Upcoming projects include Millington, TN; and Jackson, TN, along with several unannounced locations.

Memphis, TN-based Malco Theatres is a fourth-generation family owned and operated business that will reach its 100th anniversary in 2015. Malco Theatres operates over 330 screens at 32 locations across the Mid-South, as well as bowling and family entertainment centers in Louisiana.