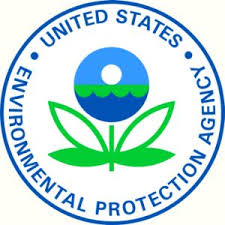 NAFEM (National American Association of Food Equipment Manufacturers) coordinated a Conference Call on Wednesday, September 17th from their Washington DC offices with a myriad (10 or 11) of interested association public policy representatives to respond and inform regarding a US EPA Proposed Regulation on Refrigerants and Insulation to Protect the Stratospheric Ozone. Under this proposed rule, various hydro fluorocarbons and blends that were previously listed as acceptable alternatives to ozone-depleting substances (ODS) will be listed as unacceptable for some uses. This proposed rule is part of the SNAP (Significant New Alternatives Policy Program) authorized under the Clean Air Act, which the EPA continuously review alternatives to ODS to find substitutes that pose less overall risk to human health and the environment. As safer alternatives become available for particular applications, the list of acceptable substitutes is evaluated and revised.

The proposed changes will take into effect on January 1, 2016 and will impact:

The significance to the Concession industry is though all current cooling and refrigerating units are grandfathered, all new or retrofitted equipment will need to meet the proposed EPA regulations. The cost of reconfiguring manufacturing for a January 1, 2016 deadline when the European Union has a deadline of January 1, 2022 will obviously be a burden on the ultimate end-user. It is also feared that because the new refrigerants and coolants will be in short supply due to the rapid change-over that auto air conditioning will be the primary initial user limiting supply for all other equipment. It is also feared that end-users will extend the life of old equipment so that they won’t be impacted by the new regulations resulting in continued use of inefficient equipment and ultimately dirty ozone levels.

The interested association groups are currently requesting a delay in comments from the current October 6th deadline for at least 30 additional days so that an industry response can be coordinated. It is the goal of the group to request an extension of the proposed rule until 2022 as is the case with the EU.

The Association Group will meet on a weekly basis to coordinate efforts.

Letter templates for the EPA and Congressional Offices will be available to NAC membership at a later date.