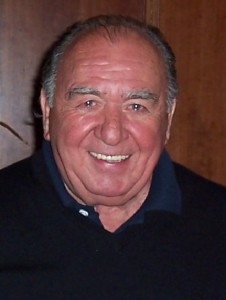 Libby S. Mauro, Special Markets Manager Western Region for The Promotion in Motion Companies, Inc. has been inducted into the ShowEast Hall of Fame. The induction ceremony will take place on Thursday, October 30 during the Hall of Fame Luncheon from 1:30 to 2:30 in the Grand Ballroom, Second Floor of the Westin Diplomat Resort & Spa in Hollywood, Florida. ShowEast 2014 will be held October 27 – 30 at the Westin.

Mauro got his entry into sales at an early age and has been doing it now for almost 47 years. Described recently by one colleague as the, “Yoda of Concession Industry suppliers,” Libby has been helping movie theatre exhibitors and other confectionary channels raise per caps for his entire career. He describes those involved with the Movie Exhibitor Industry as, “The nicest group of people.” He has been highly involved on the industry level, serving in leadership positions for several trade associations.

Born and raised in Woodbridge, Connecticut, Mauro’s entry into sales began with his parents’ poultry business which sold to wholesalers and retailers. As his career progressed, Mauro decided to stay in the food industry, but switched to confectionary.

The move started with the Sunshine Biscuit Division of American Tobacco and quickly progressed to the Confection Division of Nestle where he would spend the next 27 years. Within nine months after starting with the company, Mauro was assigned a sales management position as a Territory Manager in New England. From there he was promoted to District Manager, headquartered in Atlanta, responsible for seven states. After seven years in that position, Mauro was assigned to be the Western Region Manager for everything from Denver to the West Coast.

During his time with Nestle he called on Convenience, Grocery, Drug, Vending, Institutional and the Theatre class of trade. Toward the end of his time there, he was instrumental in the development of the Nestle Dairy Division as Vice President and National Sales Manager. He was elected to the Nestle Sales Executive Honor Society, where he holds the distinction of seven diamond status.

In 2002, Mauro joined Banner Candy, a family-owned company that handled Jordan Chocolate Almonds. Since 2005, Mauro has been with The Promotion in Motion Companies, Inc. serving as Special Markets Manager throughout the United States.

He has also served on various committees with NAC including being a member of the Hospitality Committee for the annual NAC Concession and Hospitality Expo and the Al Lapidus/Variety Boys & Girls Club Scholarship Golf Classic held during the CinemaCon Convention and Trade Show in Las Vegas. These efforts have raised significant funds for Variety Boys & Girls Clubs, The Will Rogers Institute and NAC educational programs. Among Mauro’s specialties is heading up the 50/50 raffle drawing at these events. Over the years, it is estimated that he has been responsible for raising over $150,000.

Libby and his wife Theresa raised seven children, four girls and three boys, and have seven grandchildren. Most of the kids live close by in California.

In his free time Mauro enjoys cooking and outdoor activities including landscaping and golf. He also enjoys an occasional glass of Chardonnay.