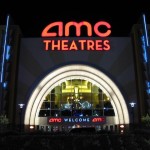 Seven years after former Mayor Richard M. Daley dropped his long-held opposition to the idea of building movie theaters at Block 37, a deal has been signed.An 11-screen AMC Dine-In Theatre is set to open by early 2016 at the mall at State and Randolph streets in the Loop.

The mall’s owner, Los Angeles-based CIM Group, announced Monday a lease with AMC for the theaters and a MacGuffin’s Bar & Lounge to occupy 44,000 square feet on the fourth floor of the five-story mall. The bar and grill will be located in the theater lobby.