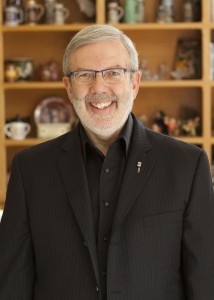 The National Association of Concessionaires (NAC) is excited to announce that renowned film critic Leonard Maltin will be the keynote speaker at the NAC Concession & Hospitality Expo slated for July 21-24 at the Hyatt Regency Cincinnati in Cincinnati, Ohio. In The Magic of Movies, he will speak on the importance of the in-theatre experience as a vital part of enjoying film. The address will take place Wednesday, July 22 at 9:00 AM.

Maltin hosts the weekly program Maltin on Movies on ReelzChannel and introduces pay-per-view movies for Comcast; for 30 years he appeared on television’s Entertainment Tonight, and for three years co-hosted the movie review show Hot Ticket. He teaches at the USC School of Cinematic Arts, and was a member of the faculty at the New School for Social Research in New York City.

His other books include Leonard Maltin’s Movie Encyclopedia, The Great American Broadcast, The Great Movie Comedians, The Disney Films, Of Mice and Magic: A History of American Animated Cartoons, The Art of the Cinematographer, Selected Short Subjects, and (as co-author) The Little Rascals: The Life and Times of Our Gang. His articles have appeared in The New York Times, Los Angeles Times, The London Times, Premiere, Smithsonian, TV Guide, Esquire, and The Village Voice. For six years he was film critic for Playboy magazine.

Leonard Maltin has served as guest curator at the Museum of Modern Art, and was president of the Los Angeles Film Critics Association in 1995 and 1996. In 1997 he was named to the National Film Preservation Board, and in 2006 was selected by the Librarian of Congress to sit on the Board of Directors for the National Film Preservation Foundation. He also created, hosted, and co-produced the Walt Disney Treasures DVD series. Perhaps the pinnacle of his career was his appearance in a now-classic episode of South Park. (Or was it Carmela consulting his Movie Guide on an episode of The Sopranos?) He publishes a newsletter for old-movie buffs, “Leonard Maltin’s Movie Crazy.”