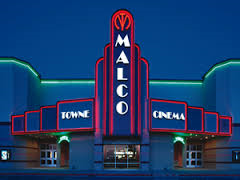 (MEMPHIS, TENNESSEE) January 14, 2015— It was another successful fundraising event for Malco Theatres, with the wrap up of the Malco Memories Photo Magnets campaign, which benefitted St. Jude Children’s Research Hospital.

After 15 years of transforming film into collectible movie bows with the popular Wrapped with Love program, Malco debuted a new keepsake just in time for the holidays – the Malco Memories Photo Magnets. This year, moviegoers purchased over 80,000 of the collectible photo frames between Thanksgiving and Christmas!

This new drive coincided with Malco’s Century of Cinema celebration, highlighting the company’s 100th anniversary. Started in 1915 by M.A. Lightman, Sr., what began as one theatre in a rented storefront in Sheffield, Alabama, has become one of the most popular movie theatre chains in the Southern United States. Since then, Malco has continued to serve the community and give back, raising millions of dollars for various charities and organizations, including the ongoing partnership with ALSAC/St Jude that has netted over $945,000 for the veritable Memphis institution.

A formal check presentation at the hospital is being planned for early spring.