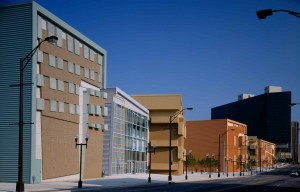 COLUMBUS, OH—[February 11, 2015]— The Greater Columbus Convention Center and Centerplate, the hospitality provider which serves premier convention, and entertainment venues across North America and Europe, today announced a new agreement to enhance the hospitality program for the leading convention destination located in the heart of Columbus, Ohio.

A state-of-the-art building with 1.7 million square feet of flexible, customizable meeting and exhibit space, the Greater Columbus Convention Center is surrounded by a lively restaurant, shopping and entertainment district—right in the center of the city, the state, and the country.

“The new relationship with Centerplate is a critical step in our strategy to enhance the experience at the Convention Center,” said Sally Bloomfield, chair of the Franklin County Convention Facilities Authority. “We conducted a rigorous search and Centerplate was across-the-board the strongest applicant.”

Through the new agreement, Centerplate will be responsible for food and beverage services at all public and private events and restaurants beginning on February 25.

“We are honored to be selected to partner with the Greater Columbus Convention Center,” said Chris Verros, President and CEO of Centerplate. “I am confident our guest-centric focus will add a new service dimension to the Columbus meeting experience – enhancing the city’s attractiveness to leading meetings and events.”

Centerplate has extensive experience with marquee meeting and event destinations including the San Diego Convention Center, the Jacob K. Javits Convention Center in New York City, the Vancouver Convention Center, the Colorado Convention Center in Denver, and the Music City Center in Nashville among others. The company also recently launched Sophie’s, a new fine dining destination at select Saks Fifth Avenue retail stores, and announced new partnerships with the National World War II Museum in New Orleans, and the Liverpool Philharmonic Hall in Liverpool, England. This also marks the second new partnership for Centerplate in Ohio in less than a year, following the recent agreement with the Mid-Ohio Sports Car Course.