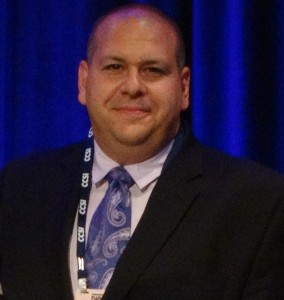 The National Association of Concessionaires (NAC) has announced that Adam Gottlieb, ACS, EVP Sales and Procurement for Continental Concession Supplies, Inc. has been selected as the 2015 Bert Nathan Memorial Award Honoree. The award designates active involvement in NAC, providing positive leadership direction, significant contributions to the development and professionalism of the concessions industry with significant accomplishments and longevity to the theatre concessions industry and current, active involvement in theatre concessions at the executive level. He will be presented the award at the CinemaCon All-Industry Award Breakfast scheduled for Tuesday, April 21 at 7:30 AM at Caesars Palace in Las Vegas.

In 2014, Gottlieb was named the co-recipient of the inaugural Krystal La Reese-Gaule Membership Award along with Tish Hardric of Great Western Products. The annual award is presented to the member who sponsors the most new NAC memberships during the most recent fiscal year. He has sponsored 20 new members during his career.

Upon learning of the award, Gottlieb said, “I am truly honored to be selected to receive this award, and to be included among the list of industry leaders to be bestowed the honor.”