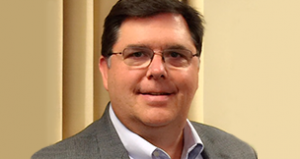 The choice of Southern Theatres’ Ron Krueger II as the recipient of ShowSouth’s 2015 Statesman of the Year award was a no-brainer. In fact, Robin Miller says, “when it came time for nominations this year for our Statesman, it was a unanimous decision to honor Ron.”

Ron “has been an important part of ShowSouth and the theatre industry for many years,” Miller explains. First came St. Louis, Missouri’s Wehrenberg Theatres, where from 1982 to 1990 he held a variety of jobs familiar to those starting out in the exhibition business: usher, projectionist, theatre manager. From there, he was lured away from the exhibition world for four years in the ’90s, when he worked as the senior financial analyst and, later, the cash management analyst at St. Louis’ Ralston Purina Company, which sold an assortment of consumer goods (including, yes, cat food).

CLICK HERE TO READ THE REST OF THE STORY