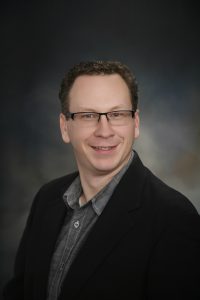 The National Association of Concessionaires (NAC) has announced that Andrew Cretors, ACS, President of C. Cretors and Co., has been selected as the 2017 Bert Nathan Memorial Award Honoree. The Bert Nathan Memorial Award is given by NAC each year to an individual to recognize leadership and significant accomplishment in the theatre concessions industry. The award honors the late Bert Nathan, a past president of the association and a leader in the theatre concessions industry. Andrew will be presented the award at the CinemaCon All-Industry Award Breakfast scheduled for Tuesday, March 28 at Caesars Palace in Las Vegas.

For over 130 years, the Cretors’ name has been synonymous with the concessions industry and Andrew has continued that legacy. Andrew is the great, great-grandson of C. Cretors and Co. founder, Charles Cretors. Andrew’s father, C.D. “Charlie” Cretors, was the driving force of C. Cretors and Co. through the last half of the past century and is also a past recipient of the Bert Nathan Award.

Andrew has served as the President of C. Cretors and Co. since 2006, bringing with him the expertise to bring the company’s computer system into the 21st century. He has been a member of NAC since 2008 and quickly rose to a leadership position, joining the Board of Directors in 2009. He served on the Executive Committee acting as Treasurer from 2009-2015. His service to NAC will continue as he has been President-Elect of NAC in 2016-2017 and will serve as the next President of the trade association for a two-year term.

According to Shelly Olesen, ACS, VP of Sales and Marketing for C. Cretors and also a former Bert Nathan honoree, Andrew is great ambassador of NAC and the industry, “Andrew has stood proud for many years in supporting the association. He is truly a leader in the theatre concessions industry and is credited in the success of Cretors which is the catalyst for the creation of the modern concession industry with the popcorn machine. Andrew is always willing to extend a helping hand and encourage the growth of NAC.”