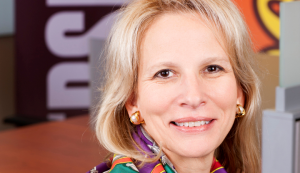 Hershey has named 11-year veteran Michele Buck to serve as the chocolate maker’s next president and CEO, an appointment that comes at a time when Big Food manufacturers find themselves challenged by smaller startup rivals.

Buck, who currently serves as COO at Hershey, will officially begin to steer the company on March 1. She succeeds John P. Bilbrey, who in October had announced his intention to retire from the candy maker in 2017. The maker of the namesake chocolate, Reese’s, and Twizzlers said that compensation arrangements for both Buck and Bilbrey—who will continue as non-executive chairman of the board—hasn’t yet been determined. CLICK HERE TO READ ENTIRE STORY