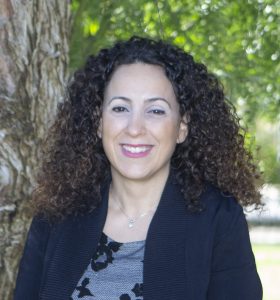 The National Association of Concessionaires (NAC) has announced that Marianne Abiaad, Executive Vice President at Royal Corporation, has captured the Krystal La Reese-Gaule Membership Award for the fiscal year 2018. The annual award is presented to the member who sponsors the most new NAC full memberships during the most recent fiscal year (2018).

Abiaad recruited seven new members in 2018. By achieving this award, she continues to be an exemplary member of NAC. In addition to being a tireless advocate for the Association, Abiaad has served the Board of Directors as West Coast Regional Vice President since 2013. She has also served on the Education Committee. Her company, Royal Corporation, has been instrumental in getting the Regional Seminar Series off to a great start by hosting the biennial kick-off session and setting the bar high in terms of execution and attendance.

Marianne Abiaad, is the Executive Vice President at Royal Corporation, a national single source supplier of paper, chemicals, sanitary, janitorial, food service and concession supplies and equipment, with market specific expertise and products. As a principal, she oversees the company overall strategy with specific focus on marketing, training, customer relations and business development. Abiaad is the key driver of Royal Illustrative Customized Training that utilizes her educational expertise in Graphic Design and her extensive experience in the industry.

“Having lived through the war in Lebanon,” Abiaad says, “I am a true believer in the American dream and grateful for the blessings God has given to me and my family.”

Her educational background includes a BFA and a Master in Graphic Design from Cal State University in Fullerton. She is also fluent in 4 languages. Abiaad, her husband George and their three children reside in sunny California.

An award and a free registration to the annual NAC Concession & Hospitality Expo will be presented to Abiaad at the Annual Membership Luncheon on Thursday, August 1, 2019. The presentation will be made by a representative of Kernel Seasons, who is sponsoring the award in memory of Krystal. The Expo is slated for in Chicago on July 30- August 2 at the Fairmont Chicago, Millennium Park Hotel during our 75th Anniversary year!