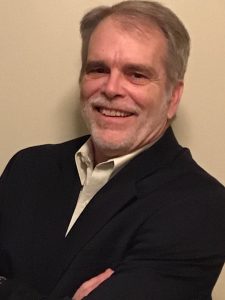 The National Association of Concessionaires (NAC) announced at CinemaCon 2019 in Las Vegas that Brian E. McMillin, ECM, Concessions Manager at The Lexington Center Corporation in Lexington, Kentucky has been named the 2019 Mickey Warner Award Recipient. The Mickey Warner Award is bestowed upon an individual each year by NAC to recognize leadership and significant accomplishments in the non-theatre concession industry.

The award honors the late Mickey Warner, the father of the NAC Concession Manager Certification Program and one of the greatest innovators and educators of the concessions industry. The 2019 award will be presented at the NAC Concession & Hospitality Expo in Chicago on Thursday, August 1 during the NAC Luncheon and Annual Membership Meeting at the Fairmont Chicago, Millennium Park Hotel.

Brian McMillin has enjoyed a long and distinguished career in the leisure-time food and beverage concessions industry. After an early career in Fast Food and Retail Management in Southwest Ohio and Central Kentucky, McMillin joined the Lexington Center Corporation Concession Department as Assistant Manager in 1990 and was elevated to Concession Department Manager in 1997.

He became an Associate Member of NAC in 1992 and assumed the Primary Membership for Lexington Center after June Johnson’s retirement. Almost immediately, he recognized the value and importance of NAC and its continuing education programs. McMillin earned his Concession Manager Certification (CCM) designation in 1996 and took the next step in 2007 when he successfully completed his Executive Concession Manager (ECM) certification.

An active advocate for the industry and for NAC, McMillin joined the board of directors as a Regional Vice President (RVP) and was promoted to Treasurer in 2018 where he serves to this day. He has been a regular attendee of the NAC Concession and Hospitality Expo and has contributed his expertise on various panels and workshops. In fact, he has only missed two NAC Expos since joining the organization.