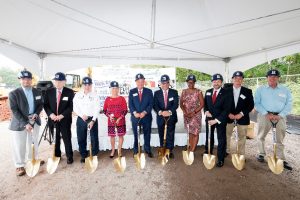 The nearly 80,000 square foot addition will help address the company’s increasing product demand by allowing for new production lines and also includes the new Welch’s Fruit Snacks Factory Tour and Visitors Center which the company estimates will host up to one million visitors annually.

The company is investing over $30 million into the expanded facilities which will total just over 250,000 square feet when complete. The expansion will bring Promotion In Motion’s total presence in Franklin Township to over 750,000 square feet of production and distribution. 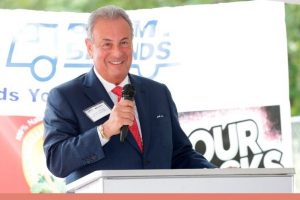 Promotion In Motion celebrated the expansion with a ceremony on May 30th, 2019 where PIM executives and local company associates were led by President & CEO Michael G. Rosenberg, and were joined by Somerset Mayor Phillip Kramer; former Mayor Brian Levine, Somerset County Board of Chosen Freeholder, Pat Walsh and other local and county officials. Mayor Kramer expressed his enthusiasm noting, “I’m really eager to see this installation happen. PIM has been a great citizen here in Franklin employing over 800 people.”

“We are continuously working to grow our business and to upgrade in scope and scale,” said Michael G. Rosenberg, President and CEO. “This new expansion will allow the company to continue growing our domestic and international footprints as we’ve been successfully driving double digit growth year over year.” 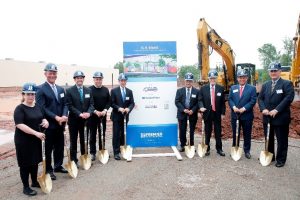 The expanded facility promises a production bump of some 50 million pounds of the company’s loved snacks and treats each year, translating into hundreds of millions of bags, boxes and pouches of the company’s products for consumers.

Promotion In Motion continues to grow its business in both snacking and confectionery innovations and just last year, celebrated several new launches including Original Gummi FunMix® and Welch’s® Fruit Snacks Superfruit Mix as it continues to expand into new categories and markets around the globe.

About The Promotion In Motion Companies
The Promotion In Motion Companies, Inc. (“PIM”) is one of North America’s leading makers of fruit snacks, fruit rolls, confections and other snack food products. Ranked in Candy Industry Magazine’s “Global Top 100” confectionery companies in the world, PIM has also been named as one of the fastest growing Consumer Packaged Goods (CPG) companies in the U.S. by The Boston Consulting Group (BCG) and Information Resources, Inc. (IRI) four times in the past six years. PIM is also ranked by Crain’s Business as one of the New York metro area’s 100 largest privately owned companies, and by NJBIZ as one of the State’s 50 largest privately held employers.