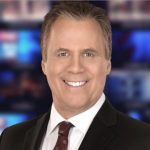 Movie critic Richard Roeper and Marcus Theatre CEO Rolando Rodriguez will address the 2019 NAC Concession & Hospitality Expo on Wednesday, July 31, 2019 at 9:00 AM at The Fairmont Chicago.

Roeper; Chicago Sun-Times movie critic and author of 7 books on culture, theatre and even his love of baseball; will discuss his lengthy career as a movie critic, tv and radio host, his perspective on modern and classic movies and his experiences in the movie theatre. He will also interview Marcus Theatre’s President & CEO Rolando Rodriguez during the address.

Roeper worked closely in the 90’s and into the 2000’s with movie critic icons Gene Siskel and Roger Ebert on their syndicated tv shows and replaced them both after their deaths. He has also appeared on Reelz, Starz and numerous network and cable shows featuring movies. 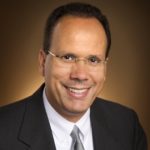 Marcus Theatres’ Rodriguez will enlighten the NAC EXPO audience on the future of the cinema experience into the next decade.

Plan to be in Chicago for the 2019 NAC Concession and Hospitality Expo.