Buy Me Some Peanuts and Cracker Jacks

At times like these it is amazing what comes to mind and what memories come to the forefront. Since quarantine for many means contemplation and yearning for what was and hopefully what will once again be, many of us have had numerous opportunities to think about what made us who we are today and I would wager that for many that includes a trip to a ballpark, stadium, or arena. Season tickets to any sport is for those who tip the financial scale or are true fanatics while for most of us our singular or very rare seasonal visit(s) to a game brings enormous anticipation and joy since this rare occurrence truly is a memorable family and communal experience.

For many, our earliest memories include going to the ballpark with our parents. Be it the majors or simply little league, baseball for many is and hopefully will continue to be a rite of passage and a summer family memory. Of course that memory includes an extensive dosage of snacks and beverages that always tastes so much better just because it is served at the ballpark.

Being a Chicagoan, we don’t have much sports-wise to root for during any given year. The Cubs only win Championships every 100 years or so while the Bears last won the Super Bowl in 1985 and the Sox last won the World Series back in 2005. Our most recent sports success has been the Blackhawks and even those Stanley Cup victories seem so long ago. But we will always have the six-time World Champion Chicago Bulls!

The 90’s was the decade that saw Michael Jordan become a basketball icon and the Chicago Bulls a world-wide phenom. I must admit that we Chicagoans all held our heads high while the bandwagon fans made sure that they were in a place to be seen. Oprah, Gene Siskel and even Jesse Jackson were front row center for every game. Who needed the LA Lakers or Madison Square Garden, Chicago was the pinnacle of basketball from 1991 through 1998.

I must admit to being one of the lucky ones who had season tickets during that era and truly enjoying everything success and extreme fandom could bring. The memories of singing Queen music and participating in Championship banter never got old despite the redundancy of it all. Oh, for that redundancy now. It has been over two decades now since the last Bulls Championship in 1998 but the memories still linger and for those who were in building while this all occurred it was truly a lifetime experience.

You can watch sports on television and for many not being exposed to the weather is a plus but for those who call themselves a fan or even a passing bandwagoner, there is nothing like being in a ballpark, stadium or arena. The smells, the sounds and feeling of “oneness” is a unique experience. One that you will remember and one that you will pass on to all. During these trying times those memories will have to do until we once again get the opportunity to enjoy not just the game but the friends and fans near us. 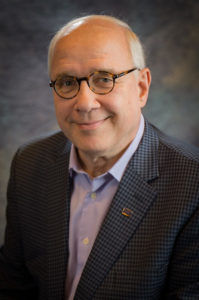