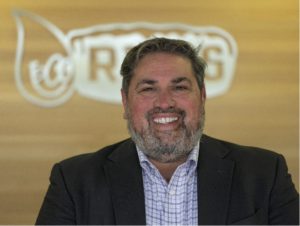 The National Association of Concessionaires (NAC) announced that Charlie Gomez, Vice President of Specialty Markets at Ricos Products Company has been named the 2020 Mickey Warner Award Recipient. The Mickey Warner Award is bestowed upon an individual each year by NAC to recognize leadership and significant accomplishments in the non-theatre concession industry.

The award honors the late Mickey Warner, the father of the NAC Concession Manager Certification Program and one of the greatest innovators and educators of the concessions industry. The 2020 award will be presented at the NAC Concession & Hospitality Expo in Chicago on Thursday, July 30 during the NAC Luncheon and Annual Membership Meeting at the Hilton Orlando Lake Buena Vista Hotel.