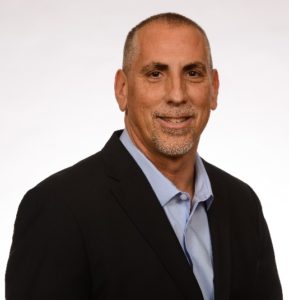 The National Association of Concessionaires (NAC) has named Jay Satenspiel, Senior Vice President of Operations-West, Spectra Food Service & Hospitality to a recent opening on the NAC Board of Directors. He replaces Tony Hendryx, CCM.

Jay Satenspiel comes to NAC with over 35 years of outstanding achievement in the industry. His first foray into food services as a young man was at his grandparents’ butcher shop in Brooklyn, New York. That original passion for food and business instilled a hands-on approach that has led him from the cutting board to the boardroom.

Whether opening and running a 350-seat bar and grill in Raleigh, North Carolina, or directing concessions at some of the largest sports venues in the country, Satenspiel’s hallmark is 120% commitment to every project. He is quick to point out that what he truly loves is developing and mentoring personnel.

Satenspiel officially became part of the Spectra Food Services & Hospitality team over a 20 years ago at the openings of AutoZone Park in Memphis, Tennessee, and the Isotopes Park in Albuquerque, New Mexico. Between 2005 and 2008, he lent his expertise to Levy Restaurants before returning to Spectra Food Services & Hospitality on a regional level. Satenspiel currently has oversight of the mid-west and western US. The units of operations include casinos, stadiums, universities, convention centers, PAC and others.