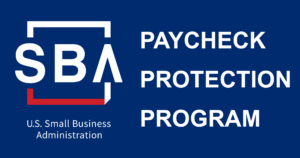 This past weekend the SBA issued some long-awaited guidance on requesting forgiveness of PPP loans in the form of an 11 page loan forgiveness application, including instructions, that borrowers will submit to their lenders. While this information leaves many unanswered questions, here are a few of the clarifying highlights from Mann Weitz & Associates, a CPA firm:

-The Covered Period used to determine if your spending and employment figures merit forgiveness was confirmed to be the eight weeks beginning on the date the loan funds were disbursed. As an alternative, borrowers with a biweekly (or more frequent) payroll schedule may elect to calculate eligible payroll costs using the eight week period that begins on the first day of their first pay period following their PPP Loan Disbursement Date (the Alternative Payroll Covered Period).

-As hoped, the salary/hourly wage reduction calculation has been changed to reflect averages of the periods and is compared to Q1, rather than comparing eight weeks to the last full quarter worked.

-There has been no change to the requirement that 75% of the loan proceeds are to be spent on payroll costs.

There are many questions to be answered and further clarification of the guidance is expected. The SBA has indicated that it will soon issue additional “regulations and guidance to further assist borrowers as they complete their application, and to provide lenders with guidance on their responsibilities.” The first step in this process is for borrowers to read through the application form and instructions.

The end of the covered period for all is weeks away, at a minimum, and the SBA did not state a due date for submitting this application. So take a breath, wait for more guidance, but in the meantime, start calculating FTEs and make sure you are keeping track of and maintaining documentation for expenses to be used in the forgiveness request.