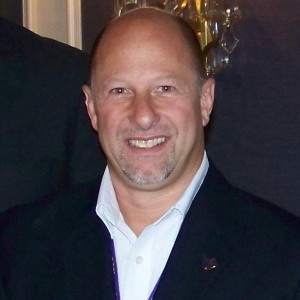 The National Association of Concessionaires (NAC) announced that Jeff Scudillo, Vice President of Special Markets at PIM Brands, Inc. has been named the 2021 Mickey Warner Award Recipient. The Mickey Warner Award is bestowed upon an individual each year by NAC to recognize leadership and significant accomplishments in the non-theatre concession industry.

The award honors the late Mickey Warner, the father of the NAC Concession Manager Certification Program and one of the greatest innovators and educators of the concessions industry. The 2021 award presentation will take place on October 27, 2021 at the Awards Luncheon during the 2021 Concession & Hospitality Expo at the Hyatt Regency Dallas.

Jeff Scudillo has been the Vice President of Special Markets for PIM Brands, Inc. based in Park Ridge, NJ. (Formerly Promotion In Motion, Inc.), since January 1995. In this role, Scudillo is responsible for marketing and program development for all customers within the class of trade which includes Movie Theatres, Stadiums, Arenas, Airport Retail and non-traditional retail chains such as Bed Bath & Beyond, Party City, Michael’s Store, etc. In 2020, he also assumed overseeing all programing and product development for the Vending and School Foodservice segments for the organization.

Scudillo, who holds a Bachelor of Arts Degree in Economics from Allegheny College, began his career in 1988 and has over 33 years of experience in the special markets/hospitality industry. In his role as a Territory Sales Representative for M&M/Mars, Inc. he called on theatres, stadiums, arenas, vending operators, fund raising accounts, etc. on Long Island, Brooklyn, Queens, Staten Island and Vermont. He moved on to several other positions during his tenure at Mars, which included National Accounts Representative and National Account Marketing Supervisor, prior to moving into his initial role with PIM Brands, Inc.

As a member of NAC since 1995, Scudillo has been extremely active within the association, beginning with chairing the education committee and then later holding board positions which culminated with his role as President of NAC from 2014-2015.

Scudillo is also a past recipient of the prestigious NAC Bert Nathan Memorial Award. He is only the seventh recipient to be honored with both awards joining the company of Shelley Feldman; Frank Liberto; Charlie Cretors; J.C. Evans; Larry Etter, CCM and Dan Kroeger.