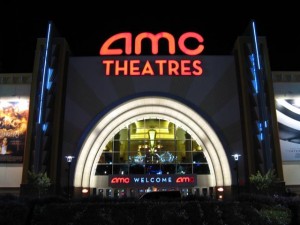 Leawood, Kan. (Sept. 19, 2013) – AMC Entertainment Inc. is proud to announce the recipients of the company’s first AMC Cares Charitable Fund Annual Grant Awards, through which AMC is issuing cash grants and in-kind donations of more than $3 million to 24 charitable organizations nationwide. Organizations received the awards on Tuesday, Sept. 17 at The National Golf Course in Kansas City, Mo., during a ceremony preceding the AMC Invitational Golf Tournament, the company’s annual fundraiser on Sept. 18.

Children’s Mercy Hospital of Kansas City, Mo., Big Brothers, Big Sisters of Kansas City, Variety the Children’s Charity of Greater Kansas City, the Will Rogers Foundation based in Los Angeles, St. Jude Children’s Research Hospital in Memphis, and (RED) based in New York City, were just some of the charities that received cash grants or in-kind donations (full list on page 2).

This year, organizations that support children were asked to visit amctheatres.com/donations to fill out an application by July 31. A group of AMC associates, both from the AMC Theatre Support Center (the company’s corporate headquarters) in Leawood, and select theatre managers from throughout the circuit, selected the charities they felt best fit AMC’s goals and values, and distributed more than $250,000 accordingly from the AMC Cares Charitable fund.

The AMC Cares Charitable Fund is a component fund of Tulsa Community Foundation, a nonprofit 501©(3) organization that worked closely with AMC to administer the AMC Annual Grant Evaluation process to pare down the 191 applicants to the selected recipients.

“Throughout our company’s history we’ve believed in giving back to the communities that we’re in,” said Gerry Lopez, CEO and president of AMC. “This process has been set up to not only provide our charitable giving with a laser-sharp focus – helping organizations that help children – but it also allows our associates to play an integral part in the charities chosen.”

Other donations included a partnership with (RED), with AMC contributing 40 cents for every ticket it sold from June 1 to June 10, up to $100,000, which AMC donated to The Global Fund from the AMC Cares Charitable Fund. From June through August, the company also hosted AMC Summer Nights, which brought major Hollywood blockbusters back to the big screen for just $3, with the proceeds going to the Will Rogers Institute, the Autism Society and Autism Speaks. In all, the AMC Summer Nights program raised $230,000.

For the 20th straight year, AMC hosted its biggest venders and partners at the AMC Invitational Golf Tournament. This year, AMC is expected to net more than $775,000 in contributions from its participants. These proceeds will go directly to the AMC Cares Fund.

“We envision growing the AMC Cares Charitable Fund every year,” said Carla Sanders, vice president of human resource services, who oversees AMC’s community relations efforts. “By doing that, we hope to help strengthen AMC’s communities throughout the country with investments in children’s programs that positively impact the areas of arts and culture, health and human services, and education.”