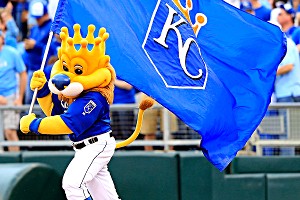 KANSAS CITY, Mo. — If it had been a foul ball or broken bat that struck John Coomer in the eye as he watched a Kansas City Royals game, it’s unlikely the courts would have forced the team to pay for the surgeries and suffering he’s endured.

But because it was a hot dog thrown by the team mascot — behind the back, no less — he just may have a case.

The Missouri Supreme Court is weighing whether the “baseball rule” — a legal standard that protects teams from being sued over fan injuries caused by events on the field, court or rink — should apply to injuries caused by mascots or other personnel that teams employ to engage fans. Because the case could set a legal precedent, it could change how teams in other cities and sports approach interacting with fans at their games.