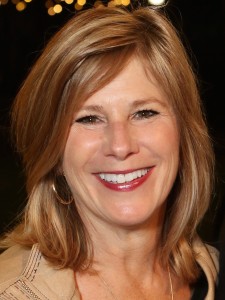 The annual Larry D. Hanson Award is given to an individual who is passionate about the motion picture industry, has a good working relationship with studios and is well respected in the industry. The recipient is also active in NATO, has a positive attitude, and is a selfless advocate for independent theater owners.

Among other Industry activities, DiSanto is the current President of NATO of Pennsylvania. She served as eight-year term on the NATO executive board, and is a founding director and executive board member of the Independent Cinema Alliance (ICA).

DiSanto’s career of leadership and influence spans the entire exhibition industry. She became a member of NAC in 1998 and served on the board from 2002 to 2019. In 2006, she received the coveted Bert Nathan Memorial Award from NAC. A valuable advocate for NAC, DiSanto has reached the lofty Sapphire Pin status for recruiting new members. She currently serves on the NAC Government Relations Committee and is a frequent contributor to educational sessions at CinemaCon and the NAC Concession and Hospitality Expo.